What does Network Packet Broker(NPB) do?

Network Packet Broker is a device that Capture, Replicate and Aggreate the inline or out of band Network Data Traffic without Packet Loss as "Packet Broker",

manage and deliver the Right Packet to Right Tools like IDS, AMP, NPM, Monitoring and Analysis System as "Packet Carrier".

- The benefits of NPB

Why do I need a network packet broker? 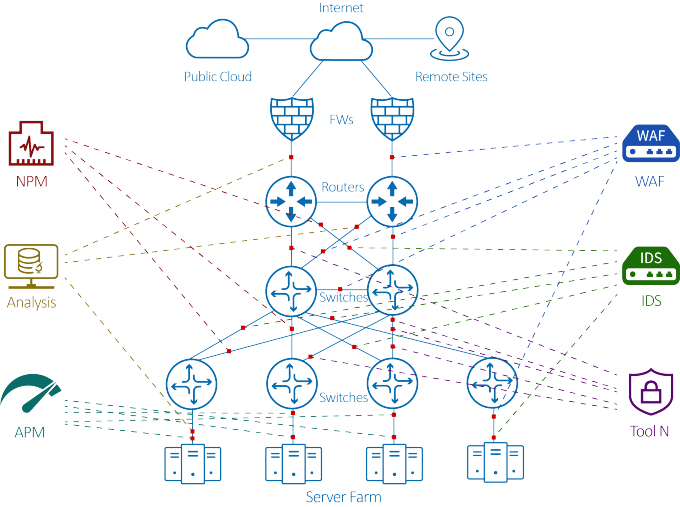 - Gigabit as the backbone network, 100M to the desktop

- Business applications are mainly based on c-s architecture

- The operation & maintenance mainly depend on network management system

- IT system low, operation, maintenance and security only can meet the needs

- Data security is only just reflected in the physical security, backup part

NetTAP® To Help You To Manage Your Network Now 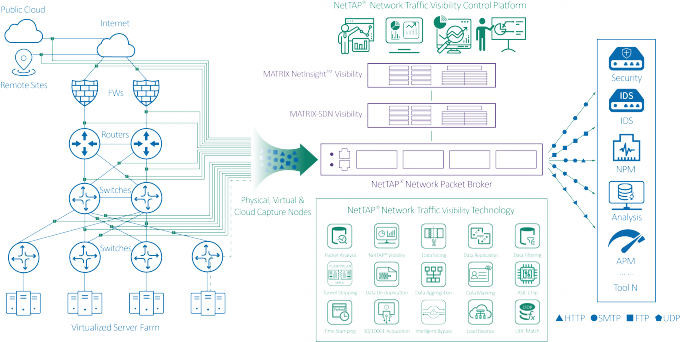 - Network Security – from Access control, Threat Detection and Protection to the core of Data Security

So, What can NPB do for you?

Load balancing is one of the functions.For example, if you upgrade your data center network from 1Gbps to 10Gbps, 40Gbps, or higher, NPB can slow down to distribute the high speed traffic to an existing set of 1G or 2G low speed analysis and monitoring tools.This not only extends the value of your current monitoring investment, but also avoids expensive upgrades when IT migrates.

Other powerful features that NPB performs include:

Checking this data must be decrypted, but shredding the code requires valuable processing power.Leading network packet agents can offload decryption from security tools to ensure overall visibility while reducing the burden on high-cost resources.

SSL decryption allows anyone with access to security and monitoring tools to see the data. NPB can block credit card or social security Numbers, protected health information (PHI), or other sensitive personally identifiable information (PII) before transmitting the information, so it is not disclosed to the tool or its administrators.

NPB can remove headers such as vlans, vxlans, and l3vpns, so tools that cannot handle these protocols can still receive and process packet data.Context-aware visibility helps identify malicious applications running on the network and the footprints left by attackers as they work in systems and networks.

Application intelligence extends beyond layer 2 to layer 4 (OSI model) of packet data to layer 7 (application layer).Rich data about users and application behavior and location can be created and exported to prevent application-level attacks in which malicious code masquerades as normal data and valid client requests.

Context-aware visibility helps to spot malicious applications running on your network and the footprints left by attackers as they work on systems and networks.

Application-aware visibility also has a profound impact on performance and management.You might want to know when an employee USES a cloud-based service like Dropbox or web-based email to bypass security policies and transfer company files, or when a former employee tried to access files using a cloud-based personal storage service.

The benefits of NPB

1- Easy to use and manage